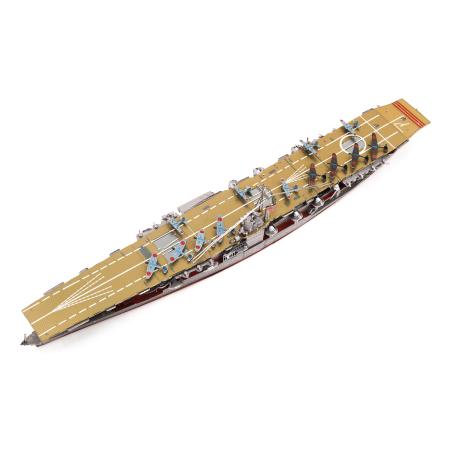 Akagi was an aircraft carrier of the Imperial Japanese Navy. Laid down in 1920, and refitted in 1938, she saw action in the Second Sino-Japanese war, the attack on Pearl Harbor in December 1941 and the Battle of the Midway in June 1942. She was scuttled following extensive damage inflicted by dive bomber aircraft.

Our Akagi aircraft carrier model kit has been designed with immense care to represent the ship as she was in 1942. The kit contains 8 sheets of pre-coloured stainless steel components and detailed step-by-step illustrated instructions. The finished model kit measures 32cm long, and features 12 aircraft on the flight deck.