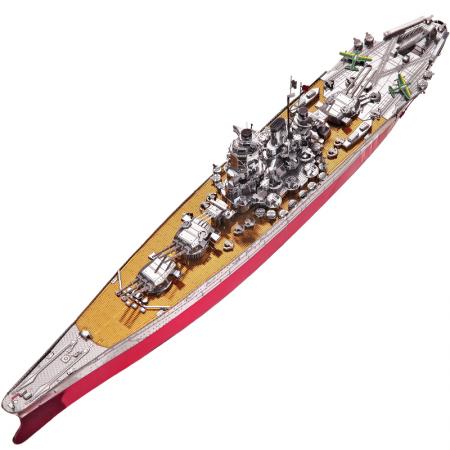 “Battleship Yamato” is a battleship built by the Imperial Japanese Navy in World War II. It is the largest battleship in human history. It was once known as the “world’s first battleship” and “the savior of the Japanese Empire.” The battleship is 263 meters long, 38.9 meters wide, has a full load displacement of 72,808 tons, and a speed of up to 27 knots. The bow of the “Yamato” is spherical, with more than 20 guns. Its is equipped with thick armor, offering strong protection. Even if it hits two torpedoes or several heavy bombs at the same time, this will not affect the power of the battleship.

Be the first to review “Battleship Yamato” Cancel reply