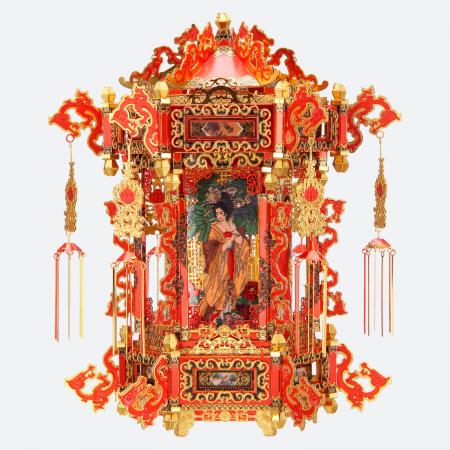 In the early Ming Dynasty, there was a talented high school champion. The emperor wanted to recruit him as a consort prince, but the champion asked to marry the girl who accompanied him for years of hard study. The emperor was moved by his sincerity in not forgetting his original intention. Not only did he agree to allow him to get married with the girl, but he also ordered people to create a gilt palace lantern to bless the couple a bright future. This palace lantern is carved with dragons and phoenixes, inlaid with silver treasures, and painted with pictures of flowers, birds, beasts, and beauties. It is ingenious and specular. After years of circulation, this lantern represents the blessing for couple.

Be the first to review “Palace Lantern” Cancel reply