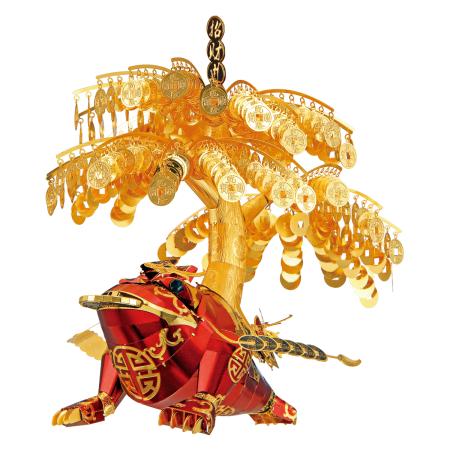 The golden toad, also known as the three-legged golden toad, is an auspicious beast that can spit out money. In the legend of Liu Hai playing with the golden toad, it is endowed with a beautiful meaning of fortune and wealth. In the folks, there is a saying that “the golden toad will make you rich”, people believe that the golden toad can bring a lot of money. The money tree is a treasure tree that stores the essence of heaven and earth and the money is inexhaustible. In Geomancy, the combination of golden toad and money tree symbolizes double wealth. It can generate wonderful effect in the financial position of the home or shop.