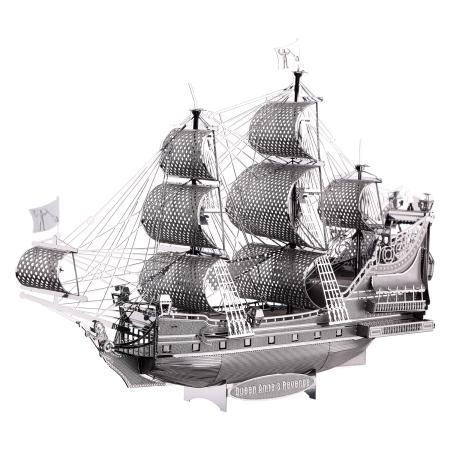 Queen Anne’s Revenge: Originally known as the Concorde and Nantes’ Concorde, it was later renamed the Queen Anne’s Revenge by Captain Blackbeard. This legendary ship of the Seven Seas has made pirates in the open sea fearful. It is rumored that it was sailing full of wealth and treasures robbed from unfortunate victims. Captain Blackbeard is one of the most famous pirates in the history of world navigation. His story has been adapted into various movies and TVs, such as the movie “Pirates of the Caribbean: On Stranger Tides” and the comic “One Piece”.