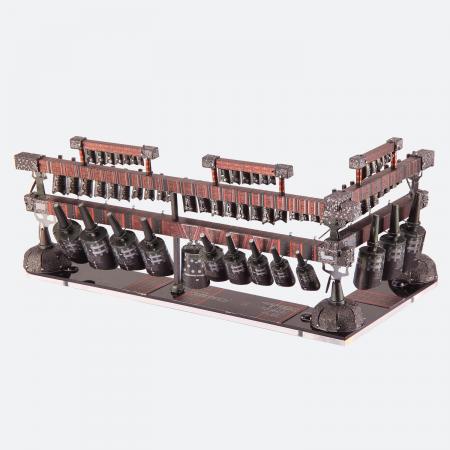 Only 0 left in stock

CHIME BELLS, listed as China’s First Grade Cultural Relic, is an ancient percussion instrument made of bronze invented during Western Zhou Dynasty and flourished during the Spring and Autumn Period and the Warring States Period until the Qin and Han Dynasties. Among the unearthed cultural relics, Zeng Houyi’s chimes are the most discovered, best preserved, and most magnificent set of chimes in China, demonstrating the advanced level of ancient Chinese music. With the broadcast of the TV variety show “National Treasure”, it has once again aroused people’s interest. Collaborated with Wuxitang, Piececool reenacts this historical treasure with its classic romantic echo.