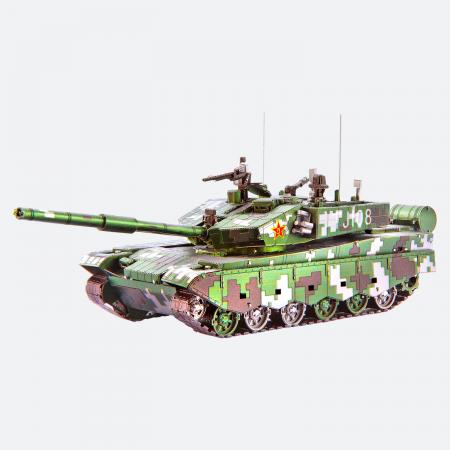 Availability: Only 5 left in stock

The 99A is a third generation Chinese main battle tank. It is mainly used to suppress and eliminate anti-tank weapons, destroy battlefield operations and solid fortifications. In July 2017, twenty-two 99A tanks were arrayed in an “arrow” shape, appeared in the parade team of the 90th Anniversary of the People’s Liberation Army, symbolizing the “King of Land Battle” is marching forward.