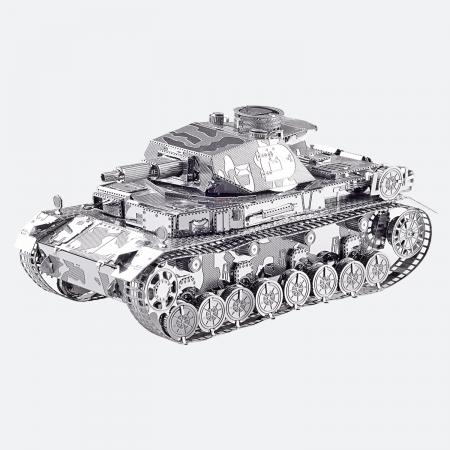 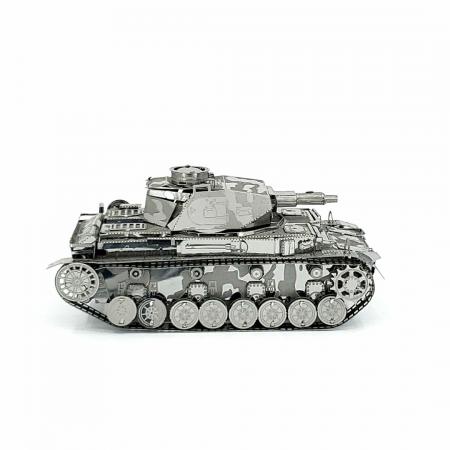 Only 0 left in stock

This model of the Panzerkampfwagen IV (commonly known as the Panzer IV) faithfully recreates the German medium tank developed in the late 1930s and used extensively during the Second World War. The kit comprises 2 stainess steel sheets containing 168 parts and full instructions and build a detailed metal model. The Panzer IV was originally designed to support infantry and operate in conjunction with the Panzer III. During World War II, the tank was produced with a number of modifications, including assault guns, self-propelled anti-tank guns, and bridge tanks. Because of its reliable performance and various uses, German soldiers also called it the “Military Horse”.