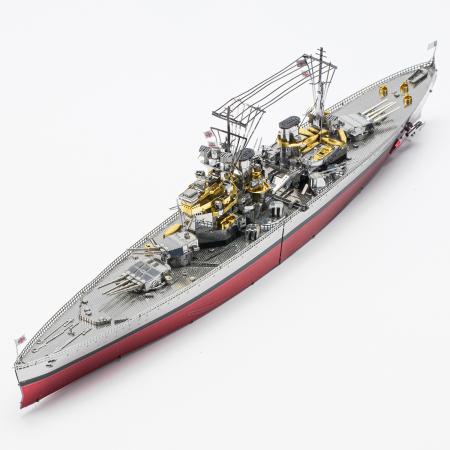 Availability: Only 4 left in stock

HMS Prince of Wales was a King George V-class battleship of the Royal Navy, built at the Cammell Laird shipyard in Birkenhead, England. She had an extensive battle history, first seeing action in August 1940 while still being outfitted in her drydock when she was attacked and damaged by German aircraft. In her brief but storied career, she was involved in several key actions of the Second World War, including the May 1941 Battle of the Denmark Strait against the German battleship Bismarck, escorting one of the Malta convoys in the Mediterranean, and then attempting to intercept Japanese troop convoys off the coast of Malaya when she was lost on 10 December 1941.