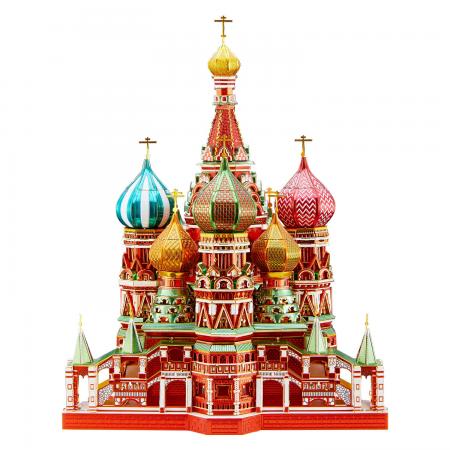 The onion domed Saint Basil’s Cathedral is a major architectural feature of Red Square in Moscow, alongside the Kremlin. Built between 1555 and 1560, it has 9 domes and is colorfully painted, making it an instantly recognisable and totally unique building. A UNESCO World Heritage Site since 1990, the church operates mainly as a museum, with regular Russian Orthodox services being held there as well.

Piececool’s 711 piece kit pays tribute to the architectural marvel, with 7 sheets of precision etched and printed brass building a beautifully detailed model of Saint Basil’s to display alongisde our other architectural models.