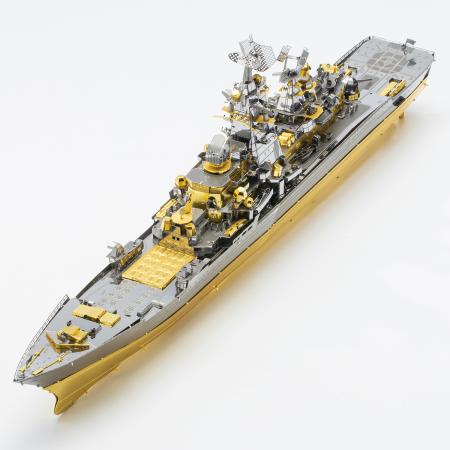 Availability: Only 5 left in stock

Pyotr Velikiy is the fourth Kirov-class battlecruiser of the Russian Navy. It’s initially named is Yuri Andropov, the former General Secretary of the Communist Party, but the ship’s name was changed after the fall of the Soviet Union. The Russian designation for the type is “heavy nuclear missile cruiser”, but Western defense commentators have resurrected the term “battlecruiser” to describe them, as they are the largest surface combatant warships in the world. Pyotr Velikiy is the flagship of the Northern Fleet.