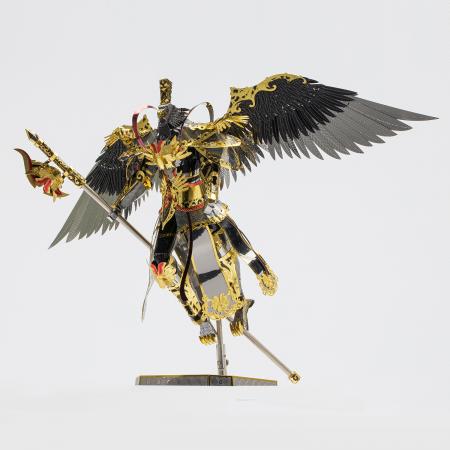 According to legend, there is a bird named Garuda which has golden-wings, leopard eyes, sharp blade-like claws. It is said that Garuda wanted to eat the Holy Monk Tang and fight with the Monkey King. The Monkey King was defeated by him, and asked Buddha for help. Buddha conquered the Garuda and kept him as a protecting guard. After that, Garuda always accompanied Buddha. Therefore, people believe that decorating Garuda at home can protect them against evil and bring them peace.

Be the first to review “Garuda” Cancel reply
Scroll to Top